Michelle is a storyteller who is passionate about growing.

The world of growing giant vegetables may seem a little peculiar at first, but you can’t deny how it sparks a sense of fun and joy at the thought of giant-sized pumpkins and cabbages.

To understand the role Bluelab's technology plays in growing giant vegetables, we talked with Kevin Fortey from Cwmbran, UK, who is a prominent figure in the giant veg community. Kevin can be found exploring the possibilities of this realm with the adoption of new methodology and technology.

For Kevin, growing is a family affair that stems from a line of three generations of growers with a specialty in growing giant vegetables. Kevin’s enthusiasm to grow faster and bigger giant vegetables has led him to transition from the conventional method of growing in soil to hydroponics, specifically the deep-water culture system.

Why choose hydroponics for giant veg?

Kevin’s motivation to compete, beat personal bests, and Guinness world records paired with a passion for learning new growing techniques have been key factors in his transition and success with hydroponics.

Kevin points out a number of benefits in why he turned to hydroponics: 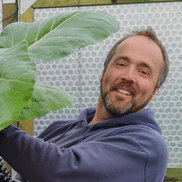 “Hydroponic plants grow much faster…I read an article once that they grow 250% faster than in soil.”

“You can control plants growing hydroponically, more specifically the deep water culture system that we use… And this year we grew cucumbers over 34 inches long”.

A successful transition to hydroponics

Despite being an experienced grower, Kevin found hydroponics daunting at first, but with a bit of research and tapping into the knowledge from experienced hydroponic growers, Kevin soon realised how simple it was.

“It's really the same as growing in soil, but you're substituting all of the macro and micronutrients which would typically be in soil within that growing medium or water structure”

Right from the start of Kevin’s hydroponics journey, parameters such as EC, pH, and moisture levels were closely monitored as he understood the importance they play in the success of growing. Kevin turned to Bluelab when it came to selecting tools to help with the task of monitoring. He wanted something that was simple and easy to use.

“The tools have provided us with a better quality of life in terms of us being able to do other things and grow other things.”

Kevin's passion, friendly competitive nature of growing giant vegetables, and eagerness to learn, paired with tools and technology, has allowed him to successfully evolve his family growing tradition into a new era of vegetable growing. 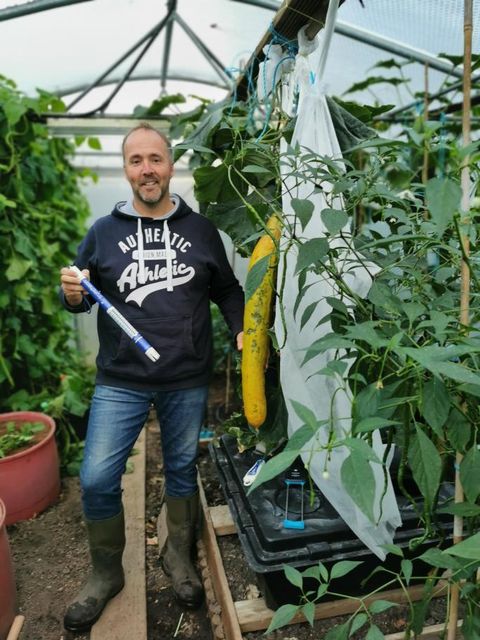 Kevin keeps a detailed record of his plants throughout the complete cycle of growth. From seed, to how they grow, when growth occurs, the speed, time of pollination, and harvesting. With this information, Kevin is able to make improvements each year, which ultimately brings him closer to his drive for bigger and faster-growing giant vegetables.

Kevin has adopted the deep-water culture system, a variation of the hydroponics growing method. In this system, plant roots are continuously suspended in nutrient-rich and highly oxidized water.

Partnered up with Hydrogarden and Nutriculture, Kevin uses a simple system made up of 110 litre Oxypots. These consist of a net pot that contains a growth medium such as pebbles. The plant roots then hang down towards the nutrient water solution within the growing chamber (main pot).

In addition to the deep-water culture system, Kevin runs a few other forms of hydroponics, such as the capillary mat and gravity-fed system. However, one important factor that remains the same for all these hydroponic systems is the need to measure pH and EC of the nutrient solution. Kevin does this every other day in the summer but the larger setups are measured on a daily basis and tracked in a spreadsheet.

“The probes allow us to monitor and my brother does that as well. He puts it into his phone and then analyzes the peaks and troughs of how the plant is growing.”

A look at supportive growing tools

Bluelab handheld tools such as the Bluelab Pulse Meter, Bluelab pH Pen and Truncheon Meter have supported Kevin with his growing journey right from the beginning by providing an easy and simple means of monitoring parameters such as pH, EC and moisture levels. 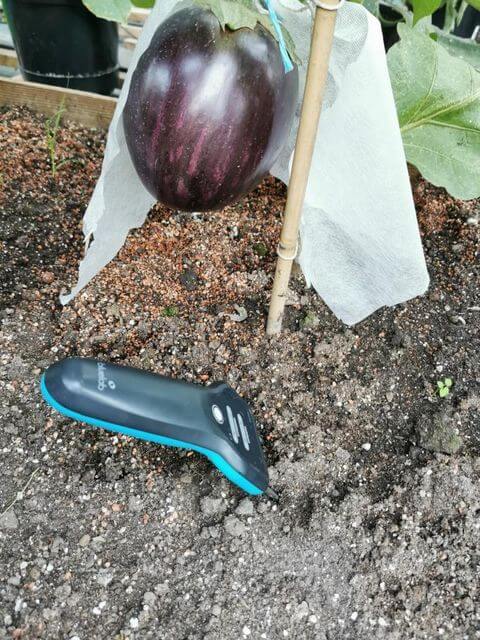 For Kevin, Bluelab has given him peace of mind and assurance in the tools by being of high build quality that is robust enough to handle frequent use and ensuring reliable accurate measurements each and every time.

“The tools provide us with surety…I think the quality of the build and the equipment is that robust, that they're basically both foolproof and bombproof.”

Growing giant vegetables requires technique and precision growing. With the support of the Bluelab tools, Kevin follows and controls the plant growth right from the initial seed sowing stage, right through to harvest.

“Bluelab tools have helped us to produce large specimens and large fruits. They’ve also been able to help us to control the plant's growth.”

Growing giant vegetables with a giant future to match

Growing giant vegetables is not the only giant project on Kevin’s horizon. His vision expands beyond his own backyard. From inspiring communities and schools to grow their own vegetables, eat healthier, to larger global issues such as sustainable growing, reducing food miles, and addressing food shortages.

A couple of projects on his plate to watch out for include up-scaling the process of giant vegetable growing to reduce global food shortages and growing giant vegetables specifically for curing for the growing vegan market. This is a project funded by the Basque government in Northern Spain. The aim behind this is to address issues around food sustainability, educate people on food science, promote healthy eating and develop innovation in this space.

With some exciting and innovative growing projects underway, can automation be implemented to help achieve some of these ambitions? With automation, Kevin thinks he could probably grow even bigger vegetables as he will no longer need to manually make adjustments as deficiencies in plants will be seen quickly.

“The time and effort it takes to set up automation will pay dividends in the future.”

Achieve your plant growing goals with the support of Bluelab

From someone who has been through the process of researching what tools to use in his growing process to using the Bluelab tools on a daily basis, what does Kevin have to say for someone looking for tools to embark on their own growing project? Is the investment worth it?

Kevin backs up his decision to go with Bluelab by highlighting the ease, simplicity, quality, and precision of the tools 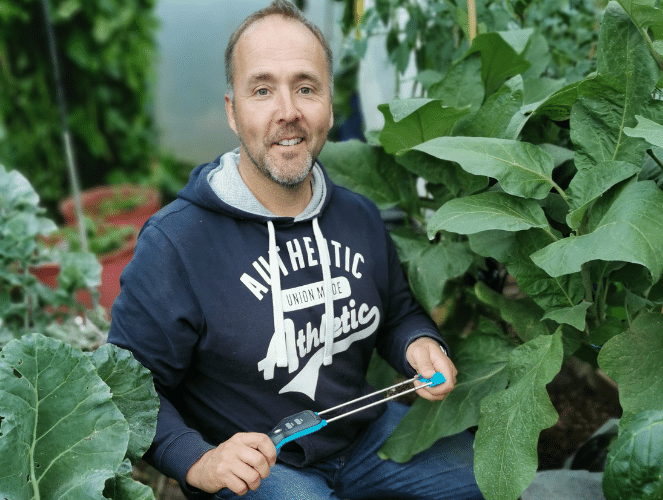 “You get what you pay for at the end of the day. If you want to buy a tool which will last you for five years and you can grow your own food and eat healthily, then I think there's much more argument to purchase them.”

Kevin is one grower who is paving their own unique innovative space in the world of vegetable growing. Combining the fun, quirky competitive side of growing giant vegetables with the more serious global issues of sustainability and food shortages.

Who would've thought that the humble idea of growing a giant cabbage could spark an interest in growing for both the local community and the world stage, an inspiration indeed.